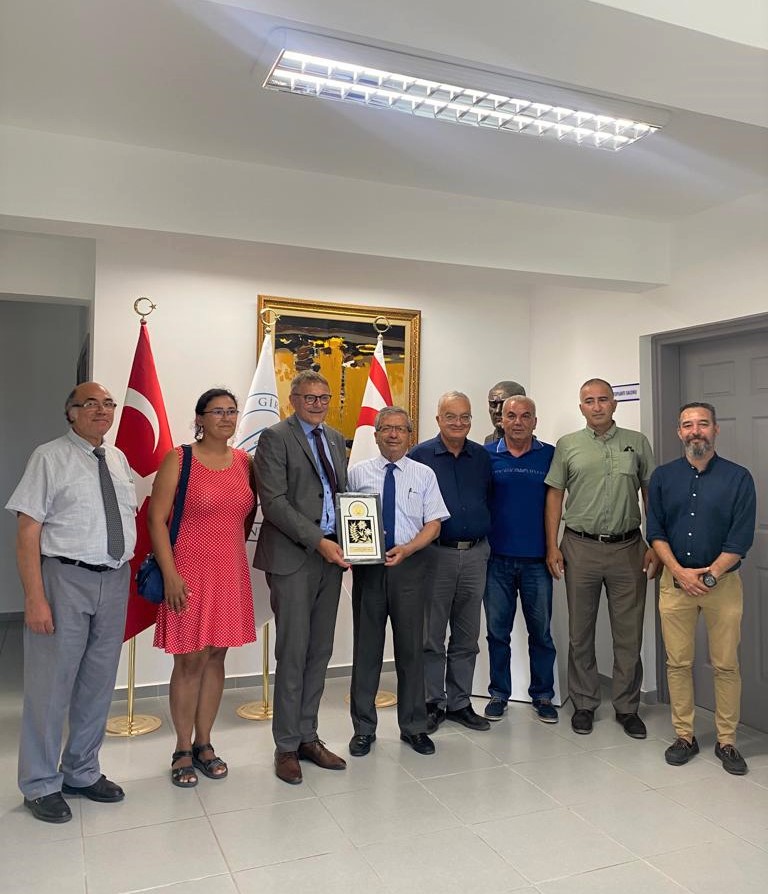 University of Kyrenia Maritime Faculty has registered its place among the world’s leading maritime universities by becoming a member of the International Association of Maritime Universities (IAMU). University of Kyrenia Maritime Faculty, which has been examined in terms of documentation, educational facilities and quality of education for more than four years, has been accepted to the International Association of Maritime Universities and declared as one of the 69 highest quality maritime academies and universities in the world after the audit on 9-11 June 2022.

University of Kyrenia is among the best maritime universities in the world!
Founded in 1999, the International Association of Maritime Universities IAMU is an organisation supported by the Japanese Nippon Foundation for the benefit of the development of world maritime. IAMU, which includes maritime universities such as U.S Merchant Marine Academy, California University and Massachusettes Maritime Academy from the USA, Tokyo University of Marine Science and Technology from Japan, Southeast University from Norway, Svendborg International Maritime Academy from Denmark, is an independent organisation that leads joint projects between universities and carries out studies that will shape the World Maritime Organization IMO. Since 2010, the organisation, of which only Istanbul Technical University, Dokuz Eylül University, Yıldız Technical University and Piri Reis University are members from Turkey, has been holding the maritime and marine sciences education and integration network by always receiving the highest academic and financial support in scientific research around the world.

University of Kyrenia Maritime Faculty’s membership to the International Association of Maritime Universities (IAMU) is also of great importance for the promotion of the country.

Prof. Dr. İlkay Salihoğlu: “We achieved IAMU membership, which we had set as a goal, after a difficult process, especially political isolation.”
University of Kyrenia Rector Prof. Dr. İlkay Salihoğlu said that the University of Kyrenia Maritime Faculty, with its history of more than twenty years and thousands of graduates, has received the IAMU membership, which they have set as a goal since its transfer from the sister university Near East University, at the end of a difficult process, especially political isolation. Prof. Salihoğlu said, “Our rising academic success, increasing student numbers and academic

In addition to our scientific publication rate of 1.5 scientific publications per staff member, our IAMU membership has also led to a justified pride.” Prof. Salihoğlu emphasised that their goals in the field of maritime and marine sciences are much bigger and that this proud moment is only a harbinger of greater achievements to be experienced in the coming days.

Volkan Varışlı: “We aim to make the TRNC a maritime education centre that trains professional seafarers and whose graduates are sought after.”
Head of the Department of Naval Architectural Engineering, Farewell Chief Engineer. Volkan Varışlı also evaluated the intensive and challenging application process. Emphasising that University of Kyrenia has always been ready to be a member of such organisations with all its facilities and faculty since its establishment, Varışlı said, “What was difficult for us was to gain the right to be audited with the unanimous vote of the members”. Stating that they managed this process, which required both documentation, patience and struggle, with one- to-one relations, Varışlı said, “We received the support of a large majority in the congress vote held in Egypt in 2021 for IAMU Membership, for which we made our first application in 2018. In June 2022, on behalf of IAMU, the audit conducted by SIMAC Institute manager Prof. Dr. Capt. Jan Askholm, SIMAC Institute director Prof. Dr. Capt. Jan Askholm from Denmark on behalf of IAMU,” he said.

Stating that University of Kyrenia Maritime Faculty has undergone many audits during the membership process, Varışlı said, “Apart from our education records and documentation, training simulators, safety at sea training centre, maritime library, Dr. Suat Günsel University of Kyrenia Hospital maritime education unit, Bologna Process studies, Human Resources department and Institute of Science and Technology were audited. Following the inspection of the physical facilities, the auditor also conducted a one-to-one assessment interview with a group of students from the faculty. After a very serious cross-check and curriculum audit, the IAMU auditor left our university without any feedback on the final report. Before leaving, Prof. Dr. GÜNSEL and the Near East University Innovation and Informatics Centre were also visited.

Prof. Dr. Jan Askholm shared his report with the representatives of member universities at the IAMU Congress held in Georgia last month. In the last vote, our membership process was approved with great support.”

Volkan Varışlı said that their next goal is to complete the foreign flag state approval processes and, under the auspices of the University of Kyrenia, to make the TRNC a maritime education centre that trains professional seafarers and whose graduates are sought after after the Philippines and India. 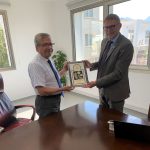 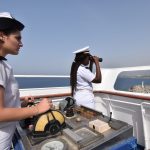 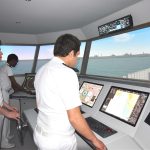