During the lockdown days imposed for controlling the COVID-19 pandemic, artist Zhyrgalbai Maturaimov created canvas paintings that he titled as “Venetian Palace”, “Two Persons” and “Street Musician” for the Cyprus Museum of Modern Arts 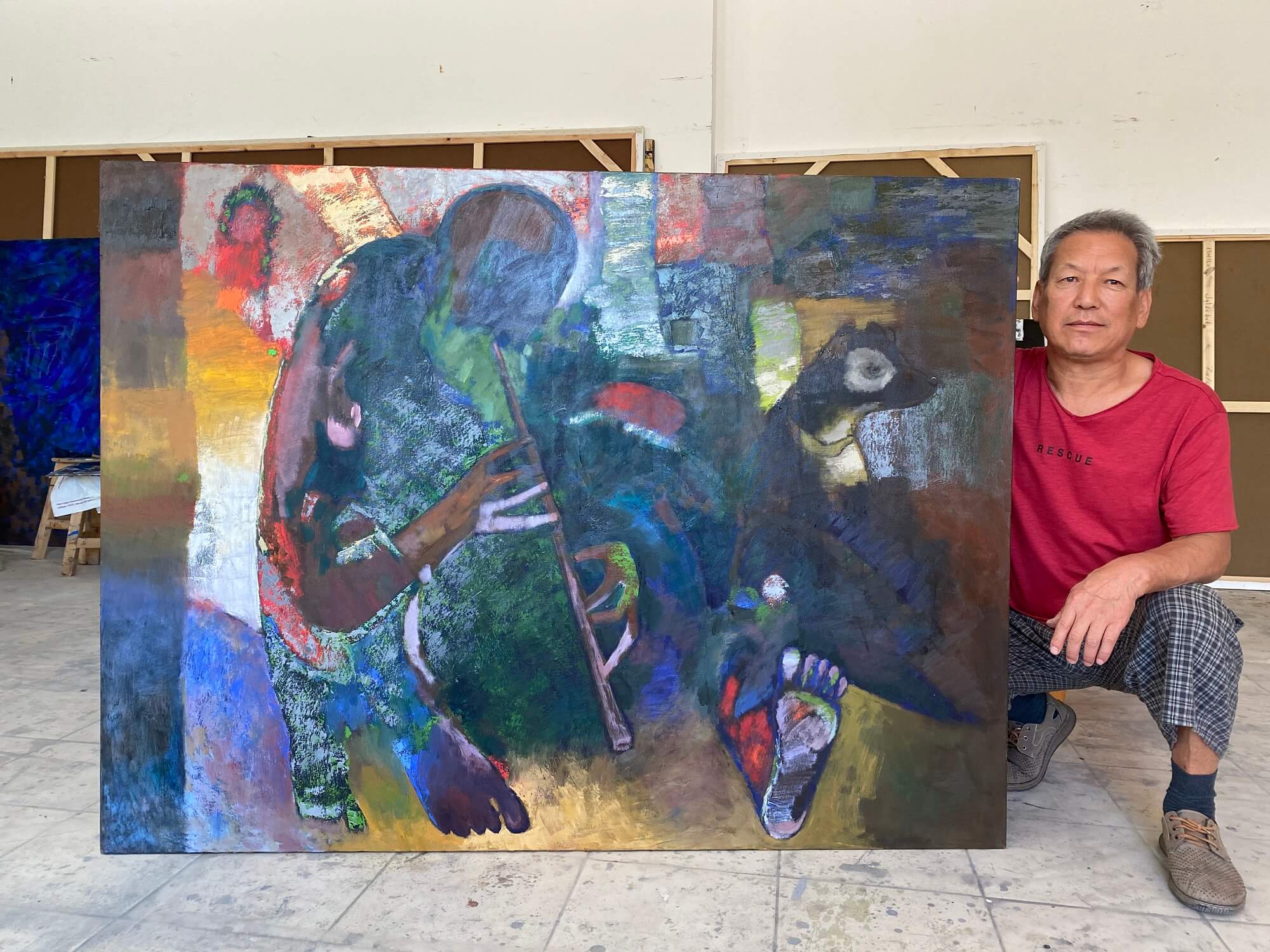 During the lockdown days imposed for controlling the COVID-19 pandemic, artist Zhyrgalbai Maturaimov created three canvas paintings for the Cyprus Museum of Modern Arts. These three distinguished paintings titled “Venetian Palace”, which is situated in the western end of Namik Kemal square; “Two Persons” and “Street Musician”, were presented to the taste of art-lovers.

According to the press info released by the Directorate of Press and Public Relations Office of Near East University, artist Zhyrgalbai Maturaimov created three distinguished artworks for the Cyprus Museum of Modern Arts during the lockdown days imposed for controlling the COVID-19 pandemic and presented them to the taste of art-lovers under the titles “Two Persons”, “Street Musician” and “Venetian Palace”, which is one of the important historical and touristic places of the Turkish Republic of Northern Cyprus.

Venetian Palace
The Venetian Palace, which was built as a royal palace by the Lusignan Kings in the 13th Century, is situated in the western end of Namik Kemal square in Famagusta. It was later modified in 1489 and used as the governor’s official residence during the Venetian rule. In the 16th Century, the palace along with the city’s walls and other public spaces was greatly renovated. The front façade and the back of the palace were completely changed. Architecturally, the Gothic features of the palace were replaced with the plain and corporeal form of the Italian Renaissance architecture. Some cannons, regularly stacked cannonballs and “pieces of a large granite column” belonging to the same period are currently displayed in the courtyard. The palace, which was destroyed as a result of an earthquake, is a rare example of the 16th century Venetian architecture in Cyprus. The surviving parts are the front façade, with its three arches and a coat of arms on the middle arch, an “arm” attached to this to the southeast, a chapel and an L-shaped wall at the very back of the courtyard. The arches at the front were supported with four columns brought from Salamis.

Who is Zhyrgalbai Maturaimov?
He was born in Kyrgyzstan in 1955. He studied at the State Cinematography Institute in Moscow between 1978-1984. He studied at Frunze Art College between 1970-1974 (Bishkek). Between the years 1984-1988, he worked for the film studio “Kırgızfilm” in Bishkek. Between 2013-2018, he worked as a director at Kyrgyz State S. A Chuykov Art College. He is a participant of national and international exhibitions. He is a member of the Union of Artists of the Soviet Socialist Republics and the Kyrgyz Republic. Since 2007, he is a State artist of the Kyrgyz Republic. In 2013, he received the title of World Artist in China. 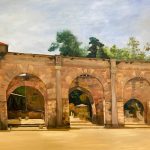 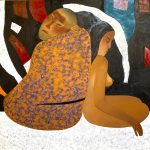 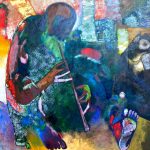