The “Fine Arts Republic Exhibition” held by the Cyprus Museum of Modern Arts in honor of the 99th anniversary of the Republic of Turkey, was opened at the Near East University Faculty of Dentistry Exhibition Hall with the participation of President Ersin Tatar and President of the National Assembly Zorlu Töre 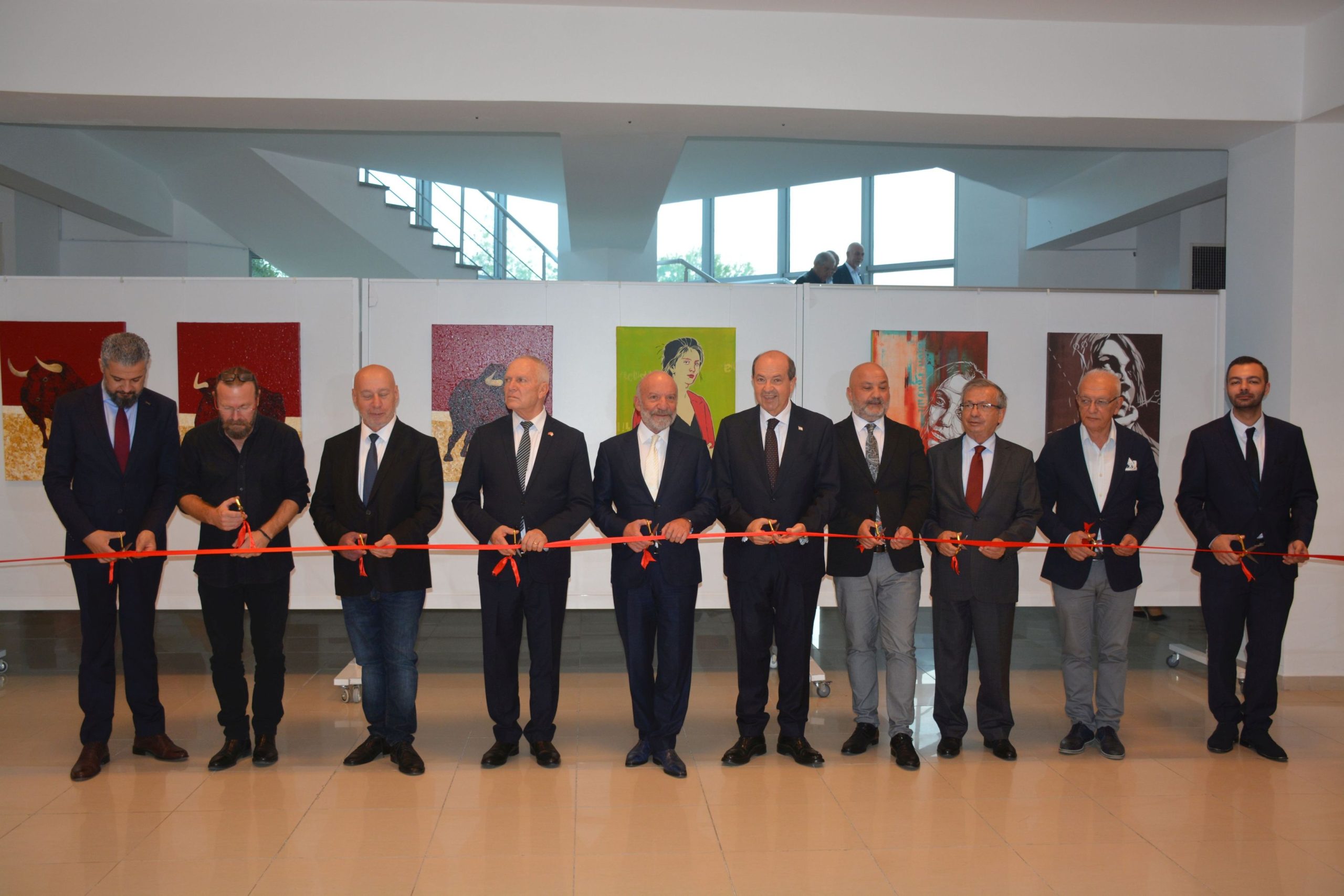 The “Fine Arts Republic Exhibition”, which consists of 50 works of painting, sculpture, ceramics, stained glass and prints made by 16 artists from the Faculty of Fine Arts of Near East University, was opened at the Exhibition Hall of the Near East University Faculty of Dentistry. The Fine Arts Republic Exhibition, held by the Cyprus Museum of Modern Arts in honor of the 99th anniversary of the Republic of Turkey, was inaugurated by President Ersin Tatar and President of the National Assembly, Zorlu Töre. 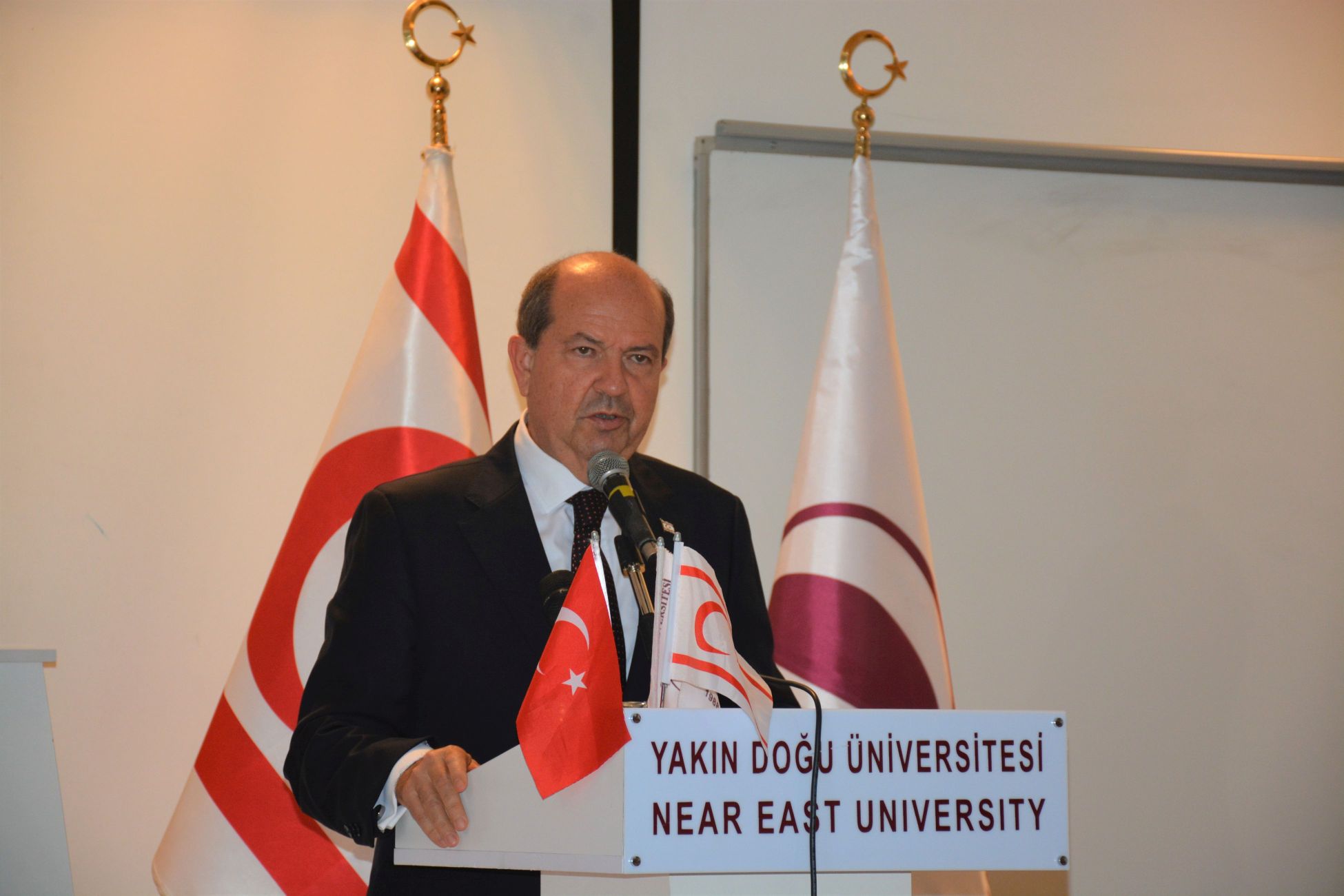 President Tatar said, “In addition to its academic achievements, Near East University, attaching importance to art and artists, continues to promote the name of the Turkish Republic of Northern Cyprus at all times. The works exhibited here today will be a light for future generations, just like all the works of art in the Cyprus Museum of Modern Arts.” 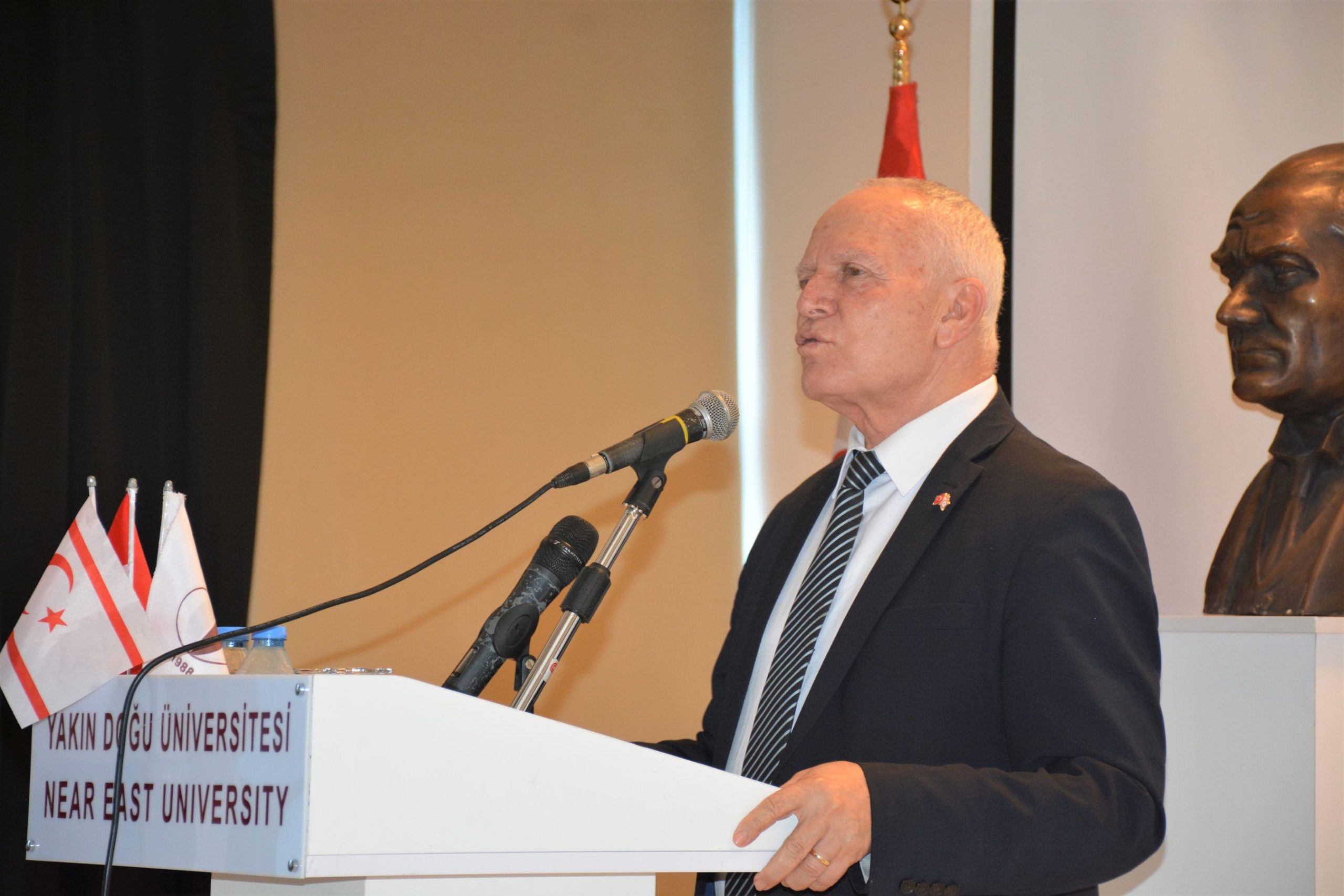 Töre further said; “I am honored to be in this special exhibition dedicated to the 99th anniversary of the Republic of Turkey. We will all do our best to ensure that our homeland and the Turkish Republic of Northern Cyprus live forever.”

Töre said that every state is trying to keep its own state alive by giving its own national struggle, “It is our primary duty to protect our country and our republic. Fulfilling this duty properly is the greatest gift to Atatürk and our martyrs. I would also like to thank the Near East University for bringing us together with this special exhibition today.” 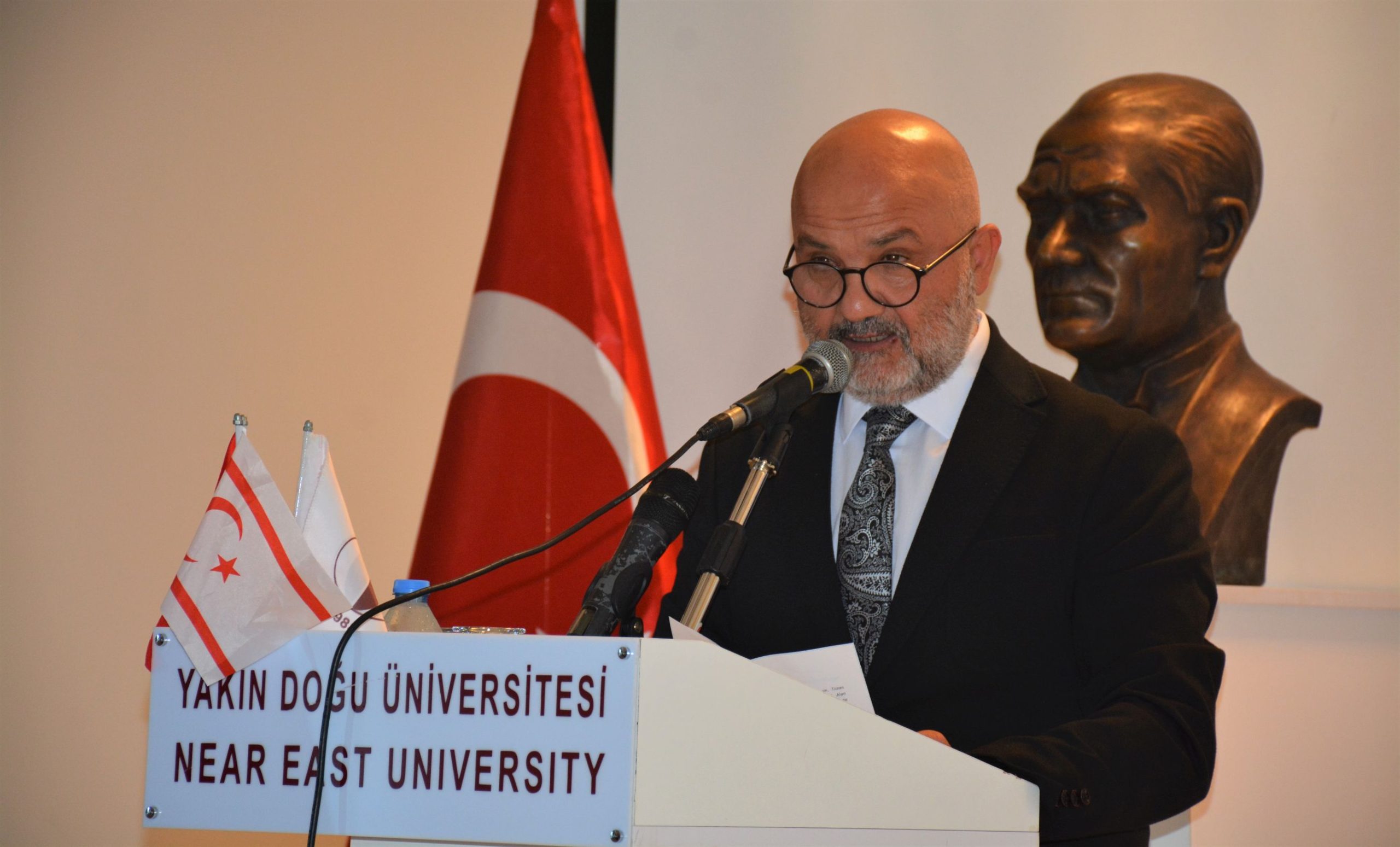 Prof. Dr. Tamer Şanlıdağ also said, “As Near East University, we fulfill this duty under the leadership of our Founding Rector, Dr. Suat İrfan Günsel, with the vision drawn by Chairman of the Board of Trustees Prof. Dr. İrfan Suat Günsel and Günsel Family; It is our biggest goal to carry our existence to the future by producing in the fields of education, art, science and technology, and to fulfill it as the lifeblood of the TRNC, which continues to take root in the Mediterranean.” 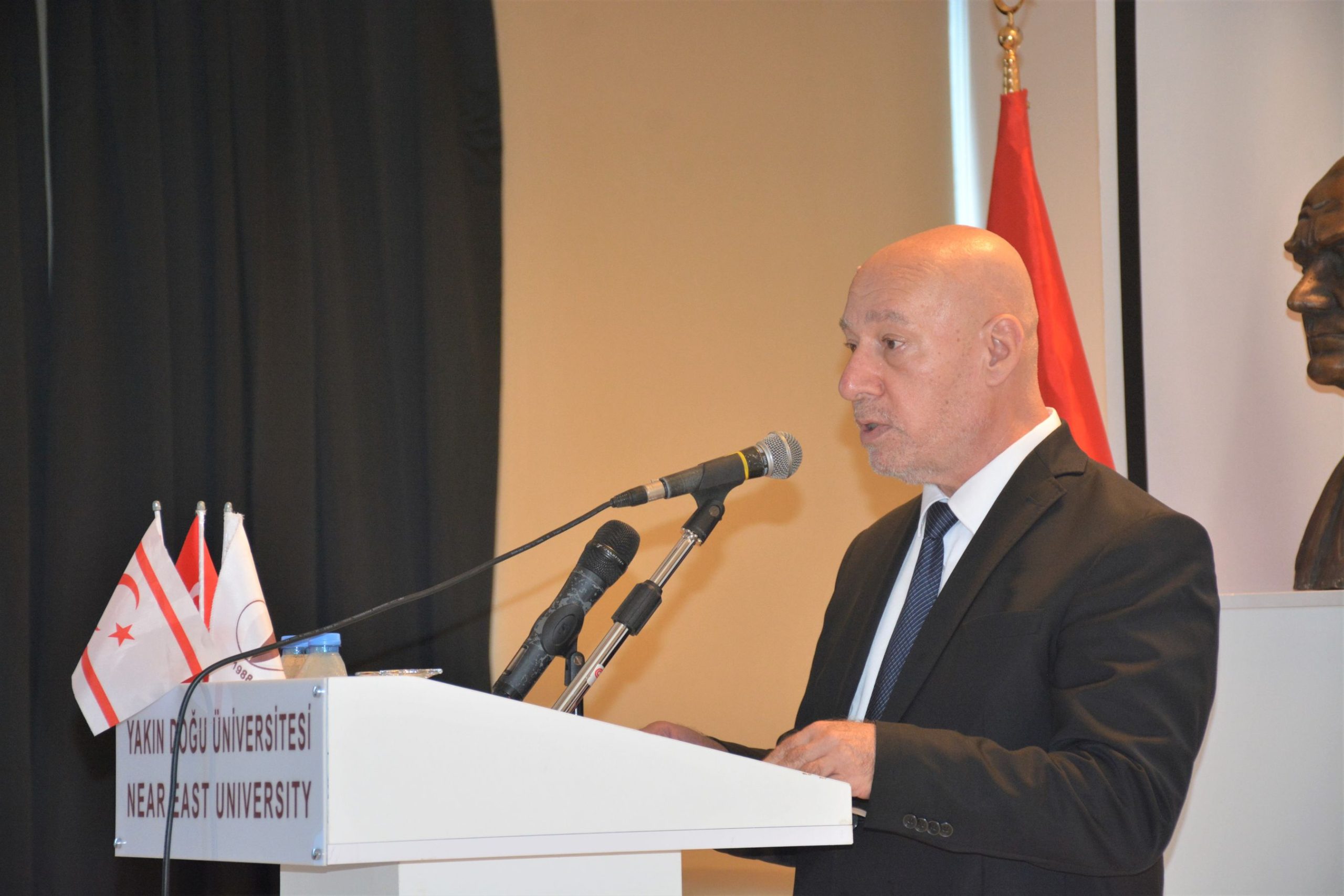 Prof. Dr. Erdal Aygenç, “Although it takes hours, days, sometimes even years to bring the finished work of art into being, it takes only a few seconds for the viewer to see and perceive the work.”
Near East University Faculty of Fine Arts Dean Prof. Dr. Erdal Aygenç said: “We respectfully commemorate the cherished memories of Mustafa Kemal Atatürk, who founded a country that was about to be demolished under the occupation, brought seven heifers to their knees through the War of Independence, and created a state ahead of its time to bring the country and its people to enlightenment and modernity, and entrusted it to us. I kindly express our deepest gratitude to him and hiss friends. ” and continued his speech with a quote from Gazi Mustafa Kemal Atatürk: “Republic means a form of state with a democracy system, and establishing a modern republic means that the nation should know how to live humanely and learn what it means to live humanely.”

Reminding the words of Near East University Founding Rector Dr. Suat Günsel, Prof. Aygenç also said, “It takes only three minutes to look at the campus of the Near East University from a high place. However, behind that three-minute course, there is 40 years of labor, struggle, sweat, patience, struggle.” Reminding that behind each brick, there is a heart beating with faith, a work of a great mind, a history that you will have difficulty writing every moment of if you try for another 40 years.” Prof. Dr. Erdal Aygenç explained the formation of a work of art in the same way, saying, “A work of art emerges gradually with a series of brush strokes and thousands of chisel strokes; it is prepared with great delicacy and meticulousness. Although it takes hours, days, and sometimes years to bring the finished work of art into being, it takes a few seconds for the viewer to see and perceive the work.”

At the end of his speech, Prof. Dr. Erdal Aygenç expressed his gratitude to all the artists who add value to the Republic Exhibition with their works, and congratulated exhibition curator Assoc. Prof. Dr. Erdoğan Ergün. 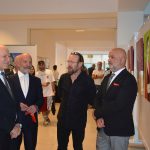 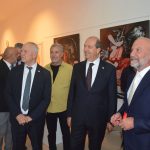 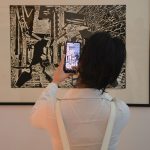 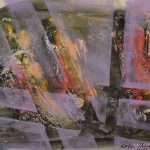 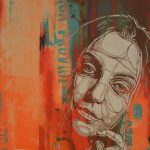 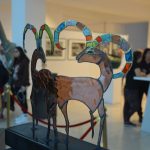