Students and Sector agents gathered together at the Faculty of Maritime Studies Traditional Career Days. – University of Kyrenia

Students and Sector agents gathered together at the Faculty of Maritime Studies Traditional Career Days. 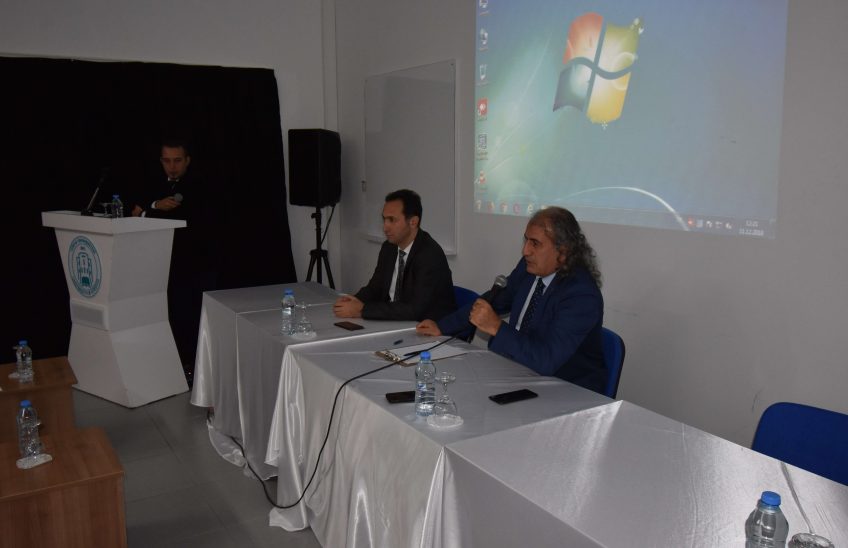 The University of Kyrenia Faculty of Maritime Studies Career day took place from the 11th till the 15th of December on campus with a series of sessions spread over 5 days.

The Career Days organized with the coordination of students and the related university departments, under the guidance of the Faculty of Maritime Studies Deputy Dean Assoc. Prof. Fatih Hüseyinoğlu, took place to provide a platform for students to meet with employers and representatives of the sector, which had an intensive participation.

Faculty of Maritime Studies Marine Engineering Lecturer, Faculty Coordinator Oceangoing Chief Engineer Volkan Varışlı moderated and translated the first session of the career days which took place on the 11th of December. During this session, the Head of The Chamber of Turkish Naval Architects and Marine Engineers GMMO Feramuz Aşkın and the Board Member Salih Bilal talked about their career history and also presented information about the place and function of the Chamber. Feramuz Aşkın and Salih Bilal, mentioned the maritime traditions and provided information on sectoral developments, and also emphasized the importance of the chamber for the students and stated that this chamber constitutes a bridge between the government, sector members and ship personnel.

The Speakers stated that the Turkish maritime fleet could not respond to the increase in the number of schools and graduates in this area. For this reason, they have explained the importance of accelerating international expansion, especially with the students studying abroad and having overseas experience. Aşkın and Bilal emphasized the importance of being versatile, multidisciplinary and visionary individuals in the profession by advising students to learn at least one foreign language besides English. Feramuz Aşkın, who responded positively to the demand expressed by the Coordinator of the Faculty Volkan Varışlı, promised to make the installation of 1 Caretta PMS (Planned Maintenance System) software free of charge in order to enable the students to make their training practical.

On the second day which took place on Wednesday, 12th of December, Manta Marine representatives; Staff Manager Harun Karataş along with the Oceangoing Master Kemal Yapıcı and Oceangoing master Ümit Ormancıoğlu both graduates of Near East University Maritime Transportation and Management Engineering Deck Department attended the career day sessions.  During this session which has been moderated by the Faculty of Maritime Studies Vice Dean and Oceangoing Master Hilmi Şahlı, the speakers presented detailed information about the company’s intership policy, fleet and expedition areas as well as the issues concerning future career opporunities.

On the 3rd day, Bilka Marine Staff Manager Ziya Burak Dinç presented information about the company tanker personnel selection process and also stated that the four officers within their fleet had graduated from our university and he also underlined that they have a female chief officer in the fleet team. It has been the first time that Bilka Marine has joined the University of Kyrenia Faculty of Maritime Studies Career days and has decided to appoint one student as a trainee at the end of the semester, and also said that a cooperation protocol could be created in the future. At the end of the short tours within the maritime simulator laboratories, information has been presented to Ziya Burak Dınç about the latest technology devices.


The International Transport Workers’ Federation (ITF) Turkey delegate  Oceangoing Chief Engineer  Muzaffer Civelek and Marine Employees’ Solidarity Association DADDER delegate Master Ural Çağırıcı during the 4th day session which Volkan Varışlı moderated and translated, provided detailed information on their  structure, activities and procedures.  Civelek and Çağırıcı advised the seafarer candidates to learn their rights, ITF regulations, MLC 2016 rules  and to provide appropriate service to their shipowners. The speakers expressed their satisfaction with the invitation of the University of Kyrenia and their willingness to participate in such events in the future.

Yalçın and Şahın spoke on behalf of the UK-based shipping company Borealis Maritime and the rapidly growing Boden Marine, they explained that during the trainee selection process students undertake English exams and at the end of their internships students are given a reference for future employments. During personnel selection, candidates must undertake exams including career knowledge and English. Emre Yalçın underlined that  Prince Jim Lawson UoK Marine Engineering student who participated in an internship at Borealist during his 3rd year, was the first Nigerian student to work in the Turkish Maritime Business. Yalçın stated that they want to reach the targeted container fleet size with qualified ship personnels.

Later on, Rana Marine representatives presented detailed information to students about the needs and target criteria of qualified personnels who could adapt to the structure of their fleet which contain ships with various flags and tonnage. They mentioned that they have always contracted two seagoing cadets from both deck and engine departments in a year.

Timur Kizilbudak who spoke on behalf of Oras Marine, stated that they also conduct the personnel management of the seismic research vessel MTA Oruç Reis and  explained the specific characteristics of the personnel  of Dynamic Positioning system vessels and emphasized the characteristics of a very different career structure for the students. The company, which also provides personnel services to Karadeniz Holding declared that they will provide internship opportunities.

After the speeches, Oceangoing  Engineer Volkan Varışlı spoke on behalf of University of Kyrenia by presenting participants information about the career management system (MSCS) and the professional career protocol. All company representatives promised to support students for the upcoming semester by providing internships, which has been happily welcomed by all the students. 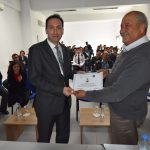 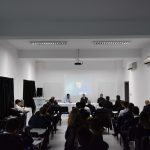 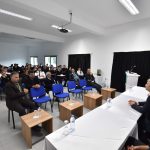 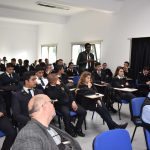 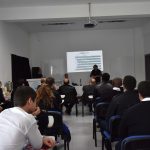 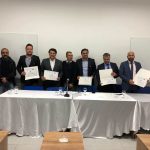 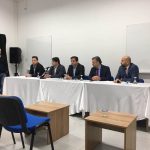