5 different variants detected by December
Within the scope of the project, as a result of the genome sequence analysis carried out with the samples taken from 16 cases diagnosed at the Near East University COVID-19 PCR Diagnostic Laboratory between September 5, 2020 – January 5, 2021, at least eight different SARS-CoV-2 variants have been detected in Northern Cyprus. It was determined that these variants originating from countries showed structural diversity. B.1.1.209 (Netherlands), B.1.1 (USA), B.1.1.82 (Wales), B.1.1.162 (Australia) and B.1 (Italy) variants detected in the TRNC in the September-December period. It has been announced that they did not cause local infection or contagion. As of mid-December, it was determined that three different variants of UK origin (B.1.1.29, B.1.258 and B.1.1.7) started to spread and were effective in local infection.

Local infection caused by B.1.1.29 first appeared in mid-December
During the period when quarantine was applied to the country by sea and air due to the increasing COVID-19 cases in the TRNC as of December 6, 2020, but unquarantined passages from Southern Cyprus were allowed, the first subtypes of B.1.1.29 variant of the United Kingdom appeared in the local cases. In the report prepared by Near East University researchers, it was determined that towards the end of December, B.1.1.29 variant lost its dominance and B.1.258 (United Kingdom) subtype, which was found in 90% of the cases detected in Southern Cyprus, became dominant in our country as a local infection variant. The difference of B.1.258 variant from other types is that it has the N439K mutation. While this mutation increases the contagiousness of SARS-CoV-2, it is also known to be more resistant to neutralizing monoclonal antibody therapy. Another feature is that people who survive the disease have a higher risk of re-infection. 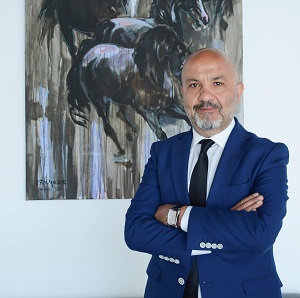