Having being inspired by the historical sites of Cyprus during the quarantine days, artist Muratjon Urmanov painted various aspects of the Turkish Cypriot culture on canvas for the Cyprus Museum of Modern Arts 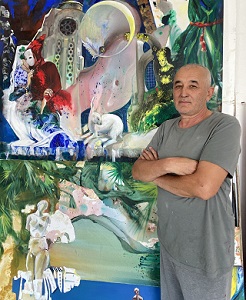 Due to COVID-19 pandemic, which affect the entire world, a long quarantine process was experienced in our country within the frame of the measures taken against the pandemic. Within this process, artists involved in painting, sculpture, ceramics, and printmaking created very significant artworks for the Cyprus Museum of Modern Arts.

The Directorate of Press and Public Relations Office of Near East University released that artist Muratjon Urmanov, who inspired by the historical sites of Cyprus, reflected various aspects of Turkish Cypriot culture through canvas paintings that he created during the COVID-19 quarantine days for the Cyprus Museum of Modern Arts.

The ancient city of Salamis was founded in the Bronze Age and became the capital of Cyprus as far back as 1100 BC. St. Barnabas Monastery was built in the name of Saint Barnabas, who is considered the father of Christianity in Cyprus. The monastery is situated in the Famagusta Region of the island of Cyprus and currently used as an icon museum housing a stunning collection of artworks dating back as far as the 7th Century BC. 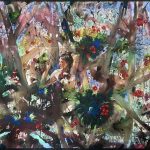 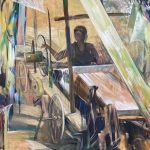 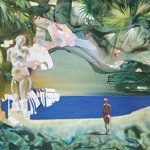 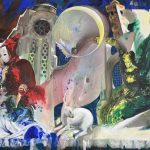 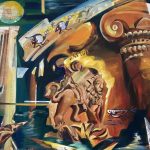