“Cyprus Turkish KARAGÖZ Copies Exhibition” Consisting of the oldest and original works of Turkish Shadow Play Artist Mehmet Ertuğ, held by the Cyprus Museum of Modern Arts in honor of the Republic Day, was opened in the Atatürk Culture and Congress Center Exhibition Hall… 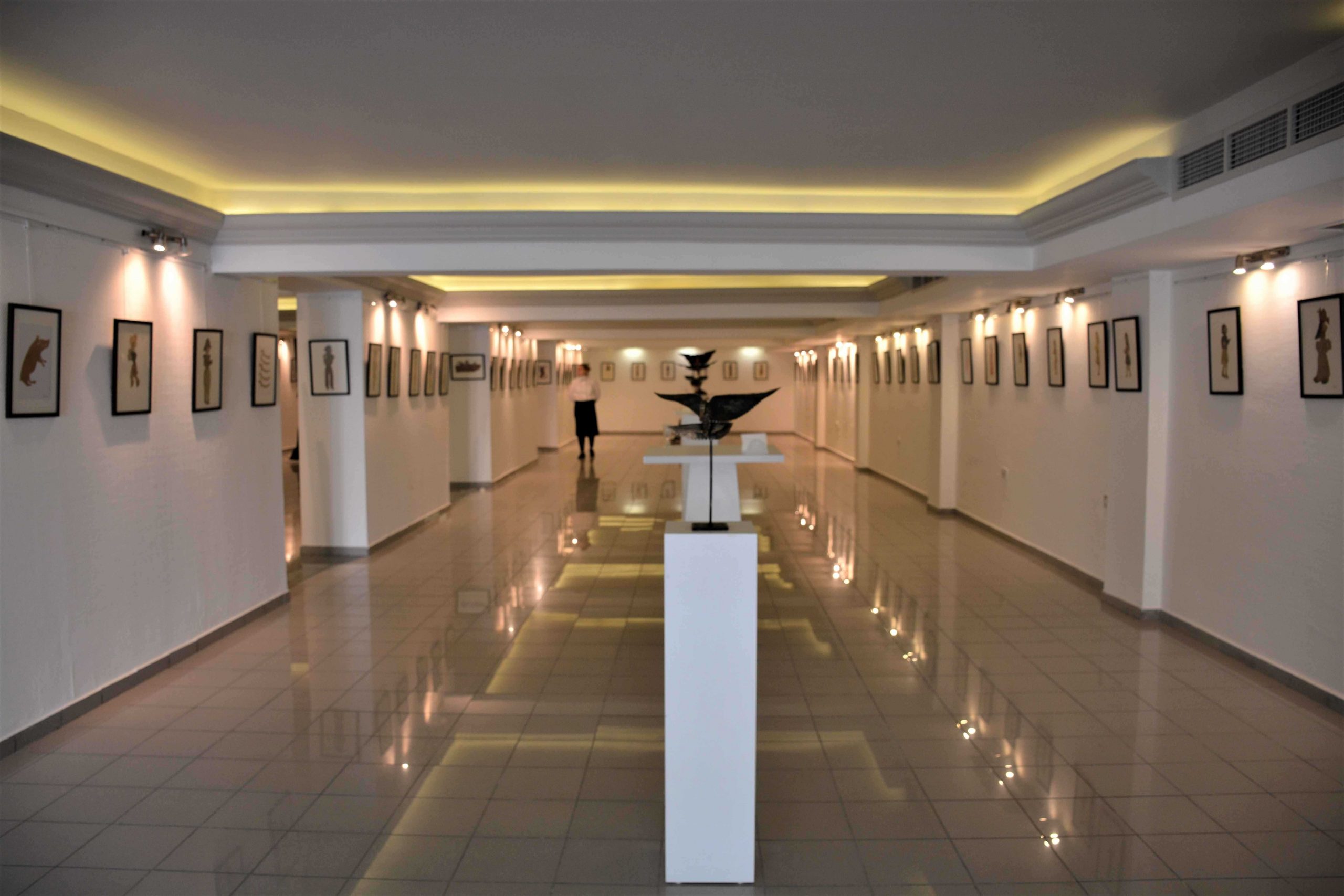 Founding Rector of Near East University Dr. The “Cyprus Turkish KARAGÖZ Images Exhibition”, which consists of the oldest and most original works of Mehmet Ertuğ, the teacher of Suat İrfan Günsel and the Turkish Cypriot Shadow Play artist, was opened at the Near East University Atatürk Culture and Congress Center Exhibition Hall.

In the exhibition, where the history of the Turkish Shadow Play is unfolded, over 120 original copies prepared by the oldest Karagöz masters of Cyprus are on exhibition. Among 100-year-old copies exhibited are Karagöz, Hacivat, Sünbül Hanım, Zenne, Witch, Naked, Keloğlan, Crazy, Hımhım, Albanian, Monster, Greek, Jew. The exhibition will be open to visitors between 08.00-16.00 on weekdays until 27 November.

Longing for Moon and Star is reflected in Karagöz images
There is also a very special copy among the copies that will be exhibited in the “Cyprus Turkish KARAGÖZ Images Exhibition”. This image, which is one of the most special pieces of the exhibition, is the copy of Mrs. Girl (Sünbül Hanım, Mrs. Sünbül or Lady Sünbül). Unlike other figures, the figure of Sünbül Hanım, which was made of leather by a Cypriot Karagöz master 100 years ago, has a crescent and star on its top and forehead. Mehmet Ertuğ comments on this as a reflection of the longing that Turkish Cypriots felt for the crescent and star during their years under British rule.

Prof. Dr. Şanlıdağ said that Mehmet Ertuğ has become a cultural heritage by reflecting the history, geography, way of thinking and life of Turkish Cypriot culture in his plays with his valuable works in the Karagöz game. Stating that Ertuğ’s passion for the shadow play, which began when he watched Mulla Hasan’s play at an early age, made it a part of his life over time and managed to continue this art until recent years, Prof. Dr. Şanlıdağ also talked about the history of the Karagöz shadow plays in Cyprus. Prof. Dr. Tamer Şanlıdağ said: “The Karagöz shadow play, which came with the people from Anatolia to the island following the Ottoman conquest of Cyprus in 1571; reflecting the material and spiritual values, feelings, thoughts, lifestyles and beliefs of the Turkish Cypriot community throughout history, has been transferred from generation to generation in a unique form that has also been differentiated by geographical and environmental effects. The art of playing the Karagöz game among the Turkish Cypriots has been continuing since the Ottoman period.”

Reminding that Karagöz’s arrival to Cyprus started with the conquest in 1571, Mehmet Ertuğ said that the Turks who settled in Cyprus, like all their traditions and customs, brought the Karagöz Shadow Play with them, the most important entertainment and cultural tool of that time. Stating that over time, games unique to Cyprus were played regardless of their stories, jokes and dialects, Ertuğ said that these games were loved by the public and became indispensable for the public throughout the years and on special occasions.

Mehmet Ertuğ said that although many Karagöz shadow players have come forefront in Cyprus, there are very few copies left today. “Many of the images have disappeared for various reasons, and some have disappeared because of belief or stubbornness,” said Ertuğ. Referring to a striking example on the subject, Ertuğ said that Mulla Hasan, one of the masters of the famous Karagöz artist Mehmet Efendi, had bequeathed the copies to be buried after his death and that an important cultural treasure was destroyed because his wife Lady Hasene also obeyed the will and buried the copies. The copies in the exhibition are made up of works by masters of Mehmet Effendi of Lefke, Mehmet Effendi himself and Mehmet Ertuğ.

The scarcity of Karagöz images reflecting the Cypriot culture further increases the value and meaning of the “Cyprus Turkish KARAGÖZ Copies Exhibition” opened at the Near East University Atatürk Culture and Congress Center Exhibition Hall.

After the opening of the exhibition, Vice-Rector of Near East University Prof. Dr. Tamer Şanlıdağ thanked Mehmet Ertuğ for his contribution to the culture of the Turkish Cypriot community by giving him the “Fergani” award on behalf of the Cyprus Museum of Modern Arts. 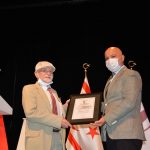 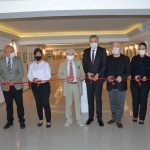 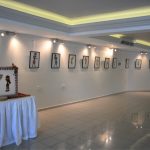