Among the documents that shed light on the history of Cyprus during the 1878-1975 period, there are official correspondence of various institutions in Cyprus as well as information on many political, social and economic events that took place on the island. Some of the political documents also include the inter-communal negotiations between 1950-75. Among the documents are the reports kept by the UK officials on newspapers published in Cyprus, various documents regarding foundations, and the investigations made against the politicians who came to the fore in Cyprus in the relevant years.

Prof. Dr. Ali Efdal Özkul: “Many hidden points of the Cyprus History will come to light with the Cyprus documents.”
The Dean of the Faculty of Arts and Sciences of Near East University, who emphasized that many secret points of the history of Cyprus will be brought to light with the Cyprus documents made available at the grand libraries, Prof. Dr. Ali Efdal Özkul said, “We are pleased to provide resources to researchers working on Cyprus History.” Prof. Dr. Özkul added that the documents that are opened to access at the grand libraries of Near East University and Kyrenia University are at a depth to create an important source for undergraduate, graduate and doctoral theses. Prof. Dr. Özkul said, “Knowledge is one of the most important keys for us to take root in these lands. It is one of our top priorities to bring all kinds of information about the events in Cyprus to the surface. Because the future of societies that know their past well will be bright.” 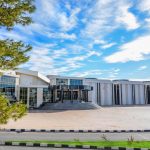 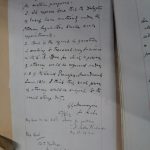 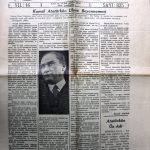 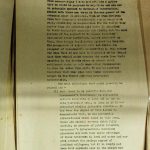 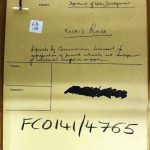