Artist Valentina Mukhacheva painted the historical and touristic places of Cyprus; the Sunken Ship in Kyrenia, St. Nicholas Cathedral (Lala Mustafa Pasha Mosque) in Famagusta and the caretta caretta which is a symbol of the Turkish Republic of Northern Cyprus, for the Cyprus Museum of Modern Arts 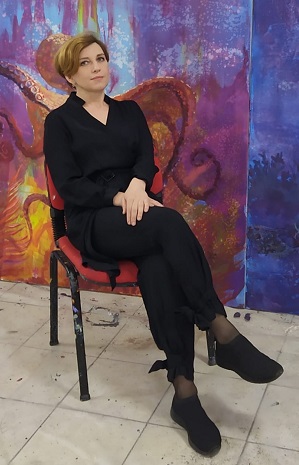 The artists have been continuing to depict their paintings on canvas in quarantine days to support and raise awareness about the new type of coronavirus (Covid-19), which has spread around the world and caused hundreds of thousands of deaths.

According to the information given by the Press and Public Relations Directorate of Near East University, during the struggle against Covid-19, artist Valentina Mukhacheva painted the Kyrenia Girne Castle, one of the historical and touristic places of Cyprus, and the St. Nicholas Cathedral (Lala Mustafa Pasha Mosque) in Famagusta, and Caretta Caretta, which became the symbol of the Turkish Republic of Northern Cyprus, and shared them with art lovers.

Artist Valentina Mukhacheva stated that being in quarantine due to the pandemic could not deprive them of art and that she created awareness by transferring her feelings to the canvas.

Valentina Mukhacheva called for #socialdistance emphasizing calls and warnings should be considered during this process. In the statement, it was stated that the artists will continue to present their artworks they have created during the quarantine days for the Cyprus Museum of Modern Arts and present them to the taste of art lovers.

Who is Valentina Mukhacheva?
She was born in Tselinograd city of the Republic of Kazakhstan in 1972. After graduating from high school, she worked as a graphic designer at the Tselinograd Art Fund. In 1997, she graduated from the Department of Painting and Pedagogy at the I.D Shadra Art College in Yekaterinburg. She worked as a painting and easel composition teacher at the Children’s Art School. She also worked as an animator at the ‘A-Film’ studio. Between 1998-2003, she specialized on “monumental arts” at the monumental and decorative arts department at the Ural State Architecture and Art Academy. Since 2003, she has been working as an assistant professor of painting and drawing at the Ural State Architecture and Art Academy, Composition and Artistic Preparation Department. She started exhibition activities in 1998. The artist participated in approximately 75 national and international exhibitions and competitions. She held 9 solo exhibitions. She has been a member of the Union of Russian Artists since 2007 and a member of the Ministry of Culture in the Sverdlovsk Region since 2008. Her works are included in private collections in Russia, Kazakhstan, Germany, France as well as museums in Russia. 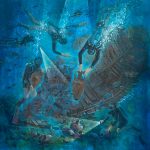 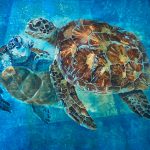 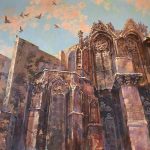