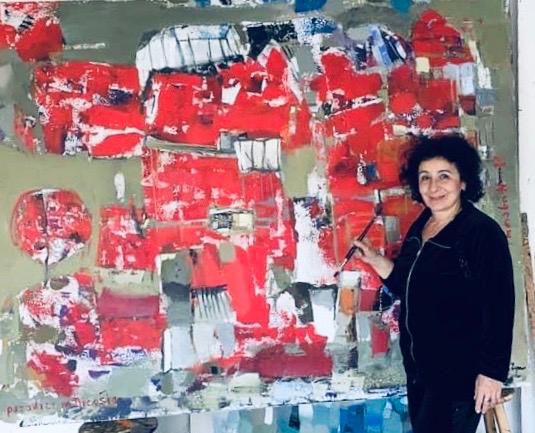 Artist Ketevan Shalamberidze painted the historical sites of Nicosia and Kyrenia Marina to the canvas for the Cyprus Museum of Modern Arts during quarantine days.

According to the information given by the Press and Public Relations Directorate of Near East University, the artist Ketevan Shalamberidze continued her art in the quarantine days in our country as in the world, and depicted the historical places of Nicosia and Kyrenia Marina on canvas, and presented them to the taste of art lovers.

In the press statement, it was stated that all artworks made for the Cyprus Museum of Modern Arts will continue to be delivered to art lovers during the Covid-19 measures.

Who is Ketevan Shalamberidze?
She was born in the city of Tbilisi in Georgia in 1960. She graduated from Tbilisi State Academy of Arts in 1986. Shr has been a member of the Georgian Artists Association since 1986. Shr held many personal exhibitions during her art life.

The artworks of the artist take place in private collections in England, France, USA, Germany, Belgium, Italy, Georgia and in other countries. 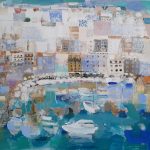 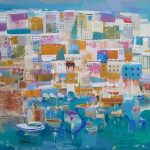