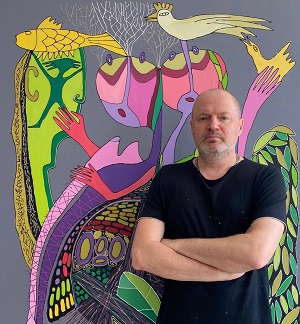 Due to the spread of new types of coronavirus (Covid-19) worldwide, artists continue to reflect their paintings on graffiti, ceramics and canvases to support the fight against coronavirus in various countries.

According to the information given by the Press and Public Relations Directorate of Near East University, painting and ceramic artist Alexey Balin tried to express his feelings by reflecting the coronavirus (Covid-19) spread across the world on the canvas.

Artist Alexey Balin stated that being in isolation due to the epidemic of the world-surrounding Covid-19 cannot keep them away from art, from raising awareness, and trying to support the fight through their paintings. Balin underlined that we need to take into account the calls of the officials and said # evdekalın-stayhome to stay healthy.

For the Cyprus Museum of Modern Arts, every day one artist continues to share his or her three works to support the struggle against the pandemic.

Who is Alexey Balin?
He was born in Pavlodar in 1971. In 1991, he graduated from Almata N.V. Gogol Art College in Almata. In 2003, Alexey participated in the ‘Shabit’ international creative youth festival. In 2015, he participated in the “History of the People” competition, which was organized on the 550th anniversary of the Kazakh Khanate, dedicated to the 70th Anniversary of the World War II. In 2016, he participated in the regional “Children of Irrigation” project in Pavlodar. In 2016, he became the winner of the regional competition “My Kazakhstan” held among the fine arts teachers. In 2017, he opened a solo exhibition at the Pavlodar Regional Art Museum. In 2018, he won the competition held at the IV. international Siberian ceramic festival. His artworks are in the Pavlodar Art Museum, in private collections in Kazakhstan, Russia and Germany. 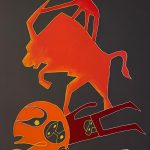 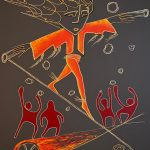 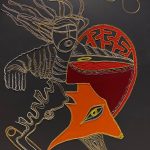